What Is Ad Fatigue? + How to Diagnose & Cure It

To consider what ad fatigue is, let’s start with an example.

Alternatively, think about occasions when you’re so tired of hearing a certain commercial that you switch off your radio completely.

These are both examples of ad fatigue — an issue that occurs when users become too accustomed to a specific type of ad, thus reducing its effectiveness.

As marketers, it’s crucial we continuously serve fresh, high-quality, and targeted ads to ensure your content continues to inspire your audience, rather than causing frustration.

Below, we’ll discuss what ad fatigue is, common symptoms attributed to ad fatigue, and what you can do to fix it. Let’s dive in.

What is ad fatigue?

Ad fatigue occurs when your audience sees your ads so often that they become bored with them and stop paying attention.

This, in turn, causes your campaigns to become less effective, prevents users from moving down the sales funnel, and ultimately hurts your company’s bottom line.

Ultimately, the purpose of advertising is to turn new viewers into customers, which can’t happen if you’re over-serving your ads to the same viewers, or creating low-quality ads.

Fortunately, if you recognize ad fatigue early on, you can reverse its effects by building new campaigns. It may be as simple as altering the image you use on your Facebook ads, or using Google ad features to adapt text based on your audience’s habits and preferences.

Alternatively, perhaps you need to employ a strategic schedule to make sure your ads are only served at the most relevant times so that you can achieve optimal ROI.

Whatever the case, we have a few tips and tricks to help you maximize your marketing success. Let’s explore those, next.

3 Signs Your Audience Has Ad Fatigue

Perhaps you suspect that ad fatigue is affecting your campaigns, but you’re not entirely sure how to detect it.

The following are some common symptoms that you might experience if your audience is growing tired of your ads:

Your click-through rates (CTR) are arguably among the most important metrics to measure when it comes to tracking and addressing ad fatigue. CTR demonstrates how engaging your ad is — and, in particular, whether it’s convincing enough to compel visitors to explore your brand further.

For instance, if your ad displays a 10% discount on your new fall shoe line and it has a high CTR, you can assume the ad is effectively encouraging visitors to stop what they’re doing, and take a look at your newly-discounted products.

If your CTR numbers fall considerably over time, it could be because you’re boring your audience, and they’re no longer willing to engage with your brand.

Speaking of engagement, have you checked in to see how followers are interacting with your business on social media?

If people casually view your ads and move on, they’re not really engaged — and an engaged audience is key to yielding comments and shares. If you’re noticing reduced social engagement, it could be a sign that you’ve inflicted ad fatigue onto your followers in ways that make them less motivated to interact with all your content: both paid and organic.

Social media algorithms are set up so that only the most relevant content appears at the top. The same goes for advertisements ­— paid social media ads will only appear if they’re applicable for that particular user. This means that, if people aren’t interacting with your paid posts, they’re not as likely to see them in the future. So, if your impressions have decreased over time, it might be time to revamp your ad campaigns.

Like most obstacles in life, you can’t remedy ad fatigue until you recognize that it’s a problem. By examining the aforementioned metrics continuously over time, you’ll get a better understanding of how your audience feels about your brand. Once you know that ad fatigue may be to blame for less-than-stellar campaign performance, you can make small-but-strategic improvements to breathe new life into your marketing strategy.

How Can You Cure Ad Fatigue?

It doesn’t always take a ton of work to reduce ad fatigue. Sometimes, simple changes can be all you need to update the look and feel of your advertisements.

Here are three steps you can take to refresh your campaigns so that your audience will be more interested in the content you’re sharing.

1. Update the background color of your display ads.

Everyone needs a change of scenery now and then.

We’re often exposed to the same images over and over, which can be tiring and compel us to ignore the ads next time we see them.

Display ads can be particularly susceptible to ad fatigue because you’re showing the same audience the same advertisement multiple times.

Luckily, there’s a simple fix to avoid this conundrum: by changing the background color of your ads, you can refresh your audience’s interest in your content. This small change is often enough to make your advertisements appear brand-new.

Google’s ad customizers have been around for a few years now, and they’re powerful tools for increasing conversions and maintaining ad freshness.

If you’re running Pay-Per-Click (PPC) ads, you might not be aware of the power that customizers hold, but it’s time to change that — ultimately, Google’s ad customizers ensure your ads stay fresh and relevant, while simultaneously creating a sense of urgency that entices your followers to click on your calls-to-action.

In short, ad customizers dynamically update your advertisements with content that’s tailored to your audience, and deliver that content in a time-sensitive manner.

For instance, let’s say you have a limited time, end-of-year promotion happening right now. Ad customizers allow you to get the word out about your promotion in real-time when it’s most relevant to users. You can use this feature for one-time situations, recurring events, or location-specific opportunities. Even better, once you get them set up, ad customizations are pretty hands-off.

As a marketer, you know that schedules are important: you need a clear plan to keep all of your campaigns on-track.

That being said, showing an ad too many times to the same people can easily lead to ad fatigue.

Combat this issue by creating multiple ads and rotating them. These versions can all deliver the same content, but should include differences in text or design. This helps to keep your content fresh and allows you to optimize your campaigns based on which ads perform best. (A/B testing these ads can be an effective option for ensuring you’re serving the highest-performing ads to your visitors.)

Keep in mind that when you’re rotating your ads, you should also ensure that you’re only delivering your messages at the most relevant times of day (and on the most relevant days). Include your rotations in your marketing calendar for streamlined execution and better results.

It’s not enough to write new copy or swap out your creative — you’ll need to continuously track your ads to ensure fatigue doesn’t set in with your updated campaigns. If you’re not monitoring your ads’ performance, you won’t be able to tell if your audience has lost interest in them.

Zero Gravity Marketing (ZGM), a full-service digital marketing agency located in Connecticut, was put to the test when it came to curing ad fatigue for one of its clients. In this case study, a client was running a paid social media campaign that hadn’t changed ad variations in over three months.

ZGM employed a strategic approach to improve organic traffic and turn visitors into loyal customers. To reduce the ad fatigue the client’s audience was experiencing, the agency first identified and scaled back ineffective campaigns. Then, they took the following steps to refresh the existing PPC strategy:

The results? ZGM’s strategy quickly lent itself to significant improvements in campaign ROI. In just three months, the client experienced a 17% increase in organic traffic, and a 10% increase compared to the previous year.

No matter what type of business you run, your ultimate goal is to build brand awareness and turn leads into loyal customers. Of course, one of the best ways to do this is through fresh, relevant paid ads. As you move forward with your digital advertising strategy, be sure to update your campaigns from time to time to ensure your audience remains engaged. That way, you can avoid the negative effects of ad fatigue and see greater marketing success.

To consider what ad fatigue is, let’s start with an example. 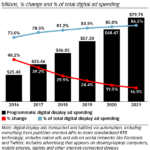 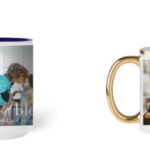