Not sure what to tweet to get your followers to engage with you? Whether you’re just getting started with Twitter or you’ve been using it for a while, but feel like you’re in a rut, it can be hard to come up with new ideas for what to publish.

Just make the following changes to each one:

Note: Each audience is different, so you may find that some of these formulas work better than others to grow your following.

How To Tweet: Here Are 12 Templates You Can Customize

This go-to tweet style is the easiest to execute, but many times, people forget to include a relevant hashtag and the author’s Twitter handle. The hashtag could get your tweet more exposure to people following that hashtag. And always credit your information source (the author or the site you got the post from) on social media. It’ll show appreciation to the original content creator — and they might return the favor by sharing some of your content with their followers.

Typically, when you want to retweet someone’s tweet, you’ll simply click the retweet button and share the content with your followers. But if you want to know how to retweet with a little flavor, we’re going to show you. There are two ways to add commentary to a retweet: using the “retweet with comment” feature or composing a new tweet and publishing it manually.

The “retweet with comment” feature allows you to embed an original tweet within your own message, and then comment on it in up to 116 characters. To do this, click the retweet icon at the bottom of the tweet. In the window that appears, add your comment to the “Add a Comment” section (and include a hashtag, if you so desire).

(For more details on how this feature works, read this blog post.)

b) Manually retweeting with commentary.

To retweet with commentary in this way, simply copy and paste the person’s tweet into a brand new tweet, preface the tweet with RT @TwitterHandle, and add commentary to the beginning. If you modify their tweet at all (e.g. to make the tweet a bit shorter, allowing more room for your comment), use MT — which stands for “modified tweet” — instead of RT.

If you put someone’s Twitter handle at the very beginning of your tweet, Twitter assumes you’re @replying to that person — so they omit that tweet from showing up on your Twitter followers’ feeds. While this is usually a good thing (otherwise, your feed might get taken over by @reply tweets), there may be times when you want your followers to see that tweet on their feeds. To do that, simply add a period right before their Twitter handle.

Fear is a powerful motivator. Nobody wants to suck, or fail, or flounder, or fall short, or whatever [negative result] you use. And if they do, they want to learn how to remedy the situation, fast — that’s where you can help them. Also, if there’s a relevant hashtag you can use here, don’t forget to include it!

Example: Don’t let your blog fall into a rut. Find out how to churn out new blog posts quickly: http://hub.am/1nD3y5M #blogging

Did you know that [STAT]? http://url.com #hashtag

Don’t just find any old data point here — find something that will really intrigue your target audience. Once they get this little preview, they could want to read the full story to understand (1) why this data point is true, and (2) what they should do about it. Just be sure your statistic is recent and from a reputable source.

Example: Did you know 6.5% of blog posts are published on the weekends & they get 18% of all social shares? http://hub.am/1otH7QF #blogging

I loved this article by @TwitterHandle about [TOPIC] – http://url.com #hashtag

Lots of valuable info on [TOPIC] in this article by @TwitterHandle – http://url.com #hashtag

Example: I loved this article by @lkolo25 about how to not screw up your landing pages – http://hub.am/1p2LQwy #leadgen

Did you know you can embed a SlideShare presentation directly into a tweet? That way, your followers can flip through the presentation without ever having to leave Twitter (or the page a tweet is embedded on).

To embed a SlideShare presentation into a tweet, all you have to do is link to the presentation and it will embed automatically. This is also true for documents and videos from SlideShare as well.

Twitter, like all social networks, is a two-way conversion. You should regularly ask your followers questions. These can be tied to an article you’ve read or could be something a little more random (though still tied to your brand). Not every tweet needs to drive traffic to a website page.

Example: What tool do you use to schedule your social media posts? #socialmedia

[YOUR OWN WORDS OF WISDOM] #hashtag

Again, not every tweet needs to drive traffic to a website page — in fact, tweeting bits of advice that obviously aren’t traffic drivers is a great way to build credibility. Tweets like this are retweeted frequently and can get you more engagement and followers, so don’t look as a “sacrifice.”

Everyone loves a daily dose of inspiration! It’s difficult to research quotes and find the perfect one, so inspirational quotes are best shared when you randomly come across them and get inspired yourself. So keep your eyes peeled for great quotes, takeaways, data, etc. Just make sure to give credit where it’s due!

Example: “Our time is limited so don’t waste it living someone else’s life.” – Steve Jobs #quote

There are lots of ways to spice up your tweets with visual content. The simplest of them all is adding a photo to your tweet, using the text part of the tweet as a caption, and sharing that with your followers. This is great for sharing pictures of your office space and employees, or promoting events and webinars. Remember to include any relevant Twitter handles or hashtags.

Fantastic shot taken by yours truly from the 2014 @HubSpot Inbound Marketing Conference in Boston. #INBOUND14 pic.twitter.com/cRufJyTH7n

Editor’s Note: This post was originally published in June 2014 and has been updated for accuracy and comprehensiveness. 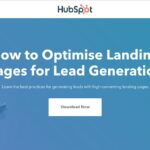 PrevWhat Is a Landing Page? All Your Questions, AnsweredOctober 19, 2020
The Ultimate Guide to Platforms and How They Can Benefit Your BusinessOctober 20, 2020 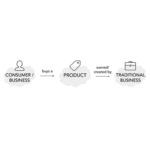