It’s no secret that people who live in startup-filled cities have seen some of the wildest brand names.

And, that variety in company names makes sense. When many startups in similar industries are founded in one geographic area, brands need to come up with a name that grasps attention, lightly hints at their mission, differentiates them from competitors, or encourages prospects to learn more about them.

This is especially true in Australia, which hosts startups from Sydney to Melbourne. These cities are the founding place of uniquely named startups and major brands like Sukin, Canva, and Billabong.

While the successful companies listed above have made their names noteworthy and easy to recognize, their company titles only hint at what their brands offer. This is why successful brands like these also lean on taglines to give prospects a quick, clear view of a brand’s overall mission or purpose.

With a great name and an effective tagline, prospects will remember your brand’s uniqueness, mission, or what types of products you offer. Then, when they’re looking for a product in your industry or space, they might think of your brand’s name and catchy tagline.

If you’re working in a busy startup hub like Australia, or are starting a business in an already crowded business landscape, take note of these seven Australian companies with taglines that stand out and set them apart from the competition.

During a rebrand in 2016, National Australian Bank changed its tagline from “More give, less take” to “More than money.”

The new tagline came with a series of commercials led by NAB’s agency — Clemenger BBDO. Each ad highlighted the bank’s history, credibility, and how their financial institution still plays a positive role in impacting countless Australian lives.

In the ad below — which was part of the “More than money” campaign — NAB invokes nostalgia by showing home video-like clips that follow a new-born baby as she grows into an adult, as well as the milestones her parents will need to budget for, such as violin lessons, schooling, and travel:

In an interview with CMO, Andrew Knott, NAB’s Chief Marketing Officer, said the pivot aimed to be more customer-centric.

“We felt it was time to move on from what has been a very effective brand expression around fair value, and ‘more give, less take’, to something that’s far more reflective of what we stand for today, but that’s also consistent with our heritage,” Knott explained. “When we are at our best is when we take time to understand customers and understand where they are at in their lives and to help them with the financial aspects of doing so.”

By linking money to major life milestones, NAB’s tagline and campaign effectively place emotion behind logistical offerings. To prospects unsure of where to place their money, the tagline makes the financial institution seem more relatable and potentially more trustworthy than other banks with basic emotionless marketing.

When it comes to taglines, Billabong keeps there’s short and sweet. Knowing that most of its customers are looking for swimwear for surfing, beach vacations, or summer sports, Billabong created a tagline just to remind people how much fun they can have in bathing suits.

Throughout Billabong’s history, it has embraced this tagline in a number of its online and print campaigns. Beginning in 2017, the brand began producing a YouTube surf series with the same phrase as its title. Here’s one of its chapters:

Billabong’s tagline is a great example of how a bold statement in a tagline can persuade a prospect to buy a product to make their lives more enjoyable. But, depending on the prospect who hears it, the tagline could also either play up a sense of vacation-related FOMO or seasonal nostalgia.

For example, if someone lives in a cold climate and hears that life could be better in boardshorts, they might yearn to go surfing somewhere warm. Or, if someone has been working long hours, they might remember a time they spent on the beach as a child. The emotions or memories invoked by this tagline might not convince someone to buy a ticket to a beachy destination. But, if they do go on vacation, Billabong might be the first brand they remember when making beachwear purchases.

As a budget-minded, environmentally conscious shopper, I can attest to the fact that it’s hard to find environmentally-friendly products that meet your skin’s health needs and don’t cost a fortune.

Sukin, a Melbourne-founded skincare brand, aims to solve for the dilemma above, by selling affordable, sustainably produced skin products. It’s tagline cleverly reflects this mission with a play on words: “Skincare that doesn’t cost the Earth.”

Aside from cleverly explaining the brand in just one sentence, Sukin’s tagline also lines up well with its overall mission.

“Here at Sukin, we’re committed to providing skincare that doesn’t cost the earth. This isn’t merely a commitment to creating affordable products, but also with minimal cost to our precious environment. We achieve this by thinking and acting sustainably wherever possible.​ Keep reading for our environmental initiatives,” Sukin’s Brand Values page notes.

While Canva seems like a giant global company now, it was once a startup founded in Sydney, Australia.

For those who haven’t used Canva, the website allows individual users or teams to easily create and publish aesthetically-pleasing graphic designs for websites, social media, and other platforms.

Because Canva is artsy by nature, the brand could’ve gotten away with an overly creative tagline. But, instead, the company keeps things simple — but still incredibly effective — with, “Design anything. Publish anywhere.”

In just four simple words, Canva describes its minimum viable product and entices both designers and artistic novices to try its tools.

“Australians Wouldn’t Give an XXXX for Anything Else.” – XXXX

Today, XXXX beer’s tagline simply reads “Pride of Queensland.” But, before the brand became globally known, they had another great tagline that caught attention from Australian masses due to the light curse-related controversy around it.

For decades, XXXX — formerly known as Castlemaine XXXX — embraced Australia’s edgy sense of humor and slang with the memorable tagline, “Australians Wouldn’t Give an XXXX for Anything Else.”

The tagline, which cleverly uses XXXX to insinuate a four-letter curse word, dates back to 1985. At that time, commercials would present a longer, TV-friendly tagline of “Australians Wouldn’t Give a Castlemaine XXXX for Anything Else.”

These early commercials often showed rural Australian residents, farmers, and construction workers getting into humorous, but dangerous, situations just to get XXXX beer. After a wild scene, a narrator would read the tagline, insinuating that Australians wouldn’t care so much about any other beer. Here’s one classic example:

Moving into the 1990s, the brand began using the shortened headline to express a more eye-popping message.

Although the tagline was scrapped in a 1996 rebrand, it’s still a historically great example of how a company can be cheeky, attention-grabbing, and memorable while still tastefully marketing a product.

For generations, many Australians and Australian visitors have spread on Vegemite on to bread and sandwiches for extra flavor.

Not only is Vegemite a common snack in Australia, but it’s also been featured in global content such as films or TV shows that discuss the continent. And, when people who aren’t from Australia see or taste Vegemite, they might ask, “What is this made of?”

Knowing that people link Australian to Vegemite, while also wondering what’s in the iconic snack, the brand launched, “Tastes like Australia.” — a new tagline and commercial in 2018.

The commercial, which explains the tagline, opens with a confused person wondering how Vegemite is made. A narrator with an Australian accent then presents videos of Australian scenes — such as sporting events, crocodiles, and destinations — along with photos of fruit-based ingredients. Ultimately, the ad insinuates that Vegemite is metaphorically made of fruits, vegetables, cheese, and iconic scenes of Australian pride.

Redbubble is a store chain and online store where people, organizations, or small businesses can sell clothing, art, or other items that might be considered zany, humorous, or unique. When scrolling through the site, you might find T-Shirts with pizza cat memes on them, strangely decorated pottery or pants with sparkles or brightly colored patterns.

Because you can buy all sorts of unique or funny independently-made treasures on the site, Redbubble keeps its tagline broad — but still motivating.

With, “Find your thing,” Redbubble insinuates that there’s something for everyone on the site. It also embraces that everyone has an independent style and can look to this site for the clothing or items that will allow them to embrace their inner uniqueness.

Aside from including “Find Your Thing” in videos like the one below, Redbubble also includes a section with the same name on its website.

“Find your thing.” is a great example of how a company with many offerings can create a broad tagline that hints what their company is about without being too vague.

If you’ve been inspired to change or create your own tagline, here are a few themes you can take from the Australian examples above:

Want to learn more about brainstorming and crafting catchy taglines or slogans, check out this helpful guide or download the free resource below.

It’s no secret that people who live in startup-filled cities have seen some of the wildest brand names. 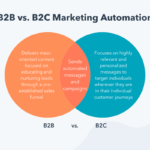 PrevB2C Marketing Automation and 5 Top Software Tools to Power ItOctober 22, 2020
60 Best Free Online Courses For Whatever You Want to LearnOctober 22, 2020 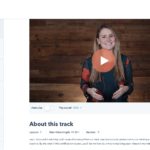